The store will not work correctly in the case when cookies are disabled.
Successfully added to cart
Culture

An Urban Wellness Hotel in London Gets A Scandinavian Remodel

The always-on-the-forefront-of-cool London is known to innovate at every turn – we get a lot of inspiration from The Modern House, which shows off so much next-level design work coming out of the UK (it's the perfect site to lose yourself in on a rainy day, we're warning you).

A project that we recently fell in love with is a hotel remodel by East London based architecture + design studio Holland Harvey. We were familiar with Holland Harvey's work after seeing this old supermarket they transformed into a homeless shelter in an attempt to destigmatize homelessness and restore dignity to those who are struggling. This new hotel is called Inhabit and Holland Harvey took a sustainable approach in the buildout by using nothing artificial: stone is stone, wood is wood, etc. It's on-brand for the hotel's theme as a self-proclaimed "restorative experience from a frenetic city" with a focus on health, wellness, and self-awareness. 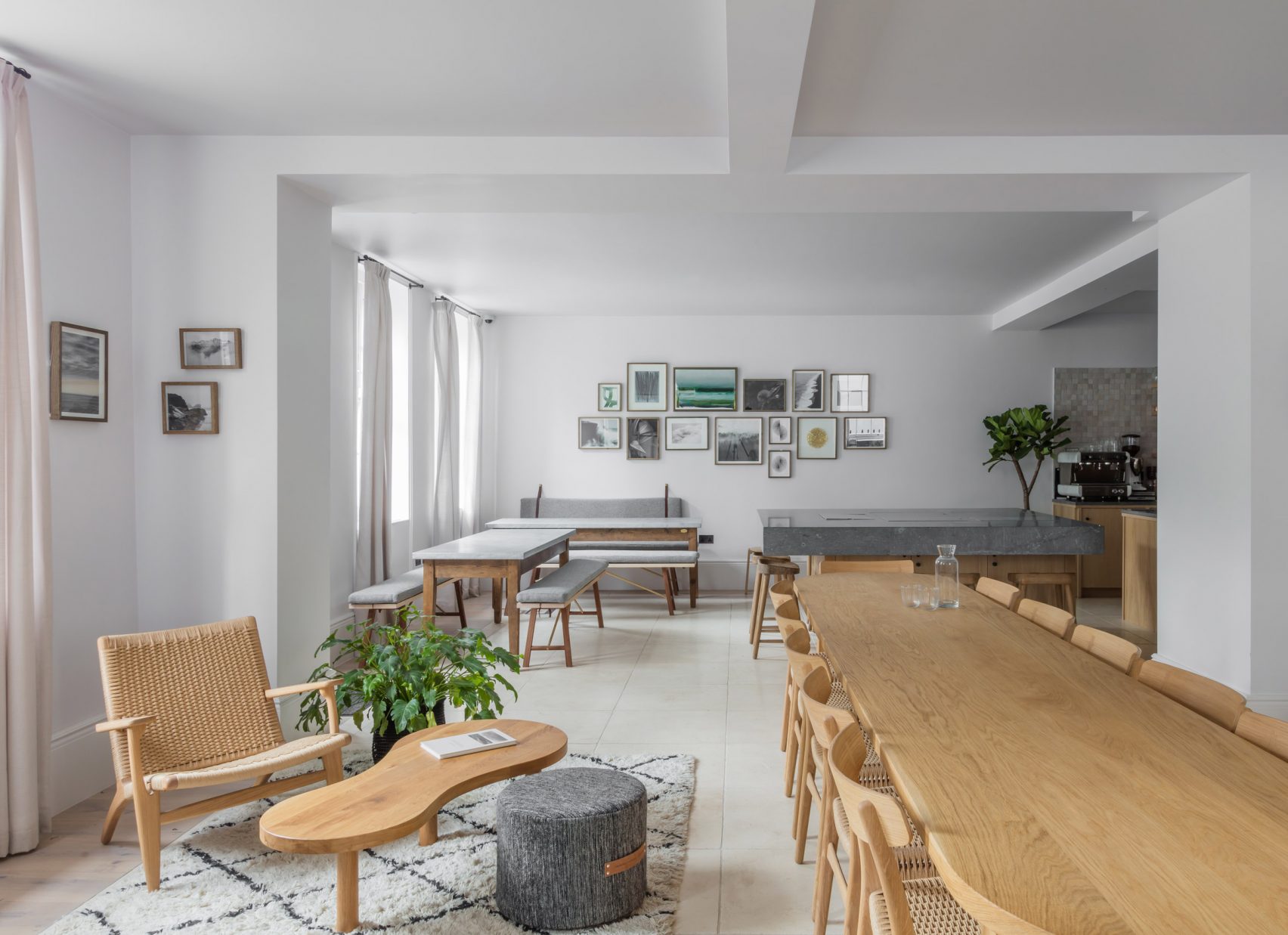 Inhabit is one of the first wellness hotels of its kind in London, offering a meditation station, a yoga studio in an atrium, and restorative retreats with everything from lifestyle coaching to fermentation workshops. 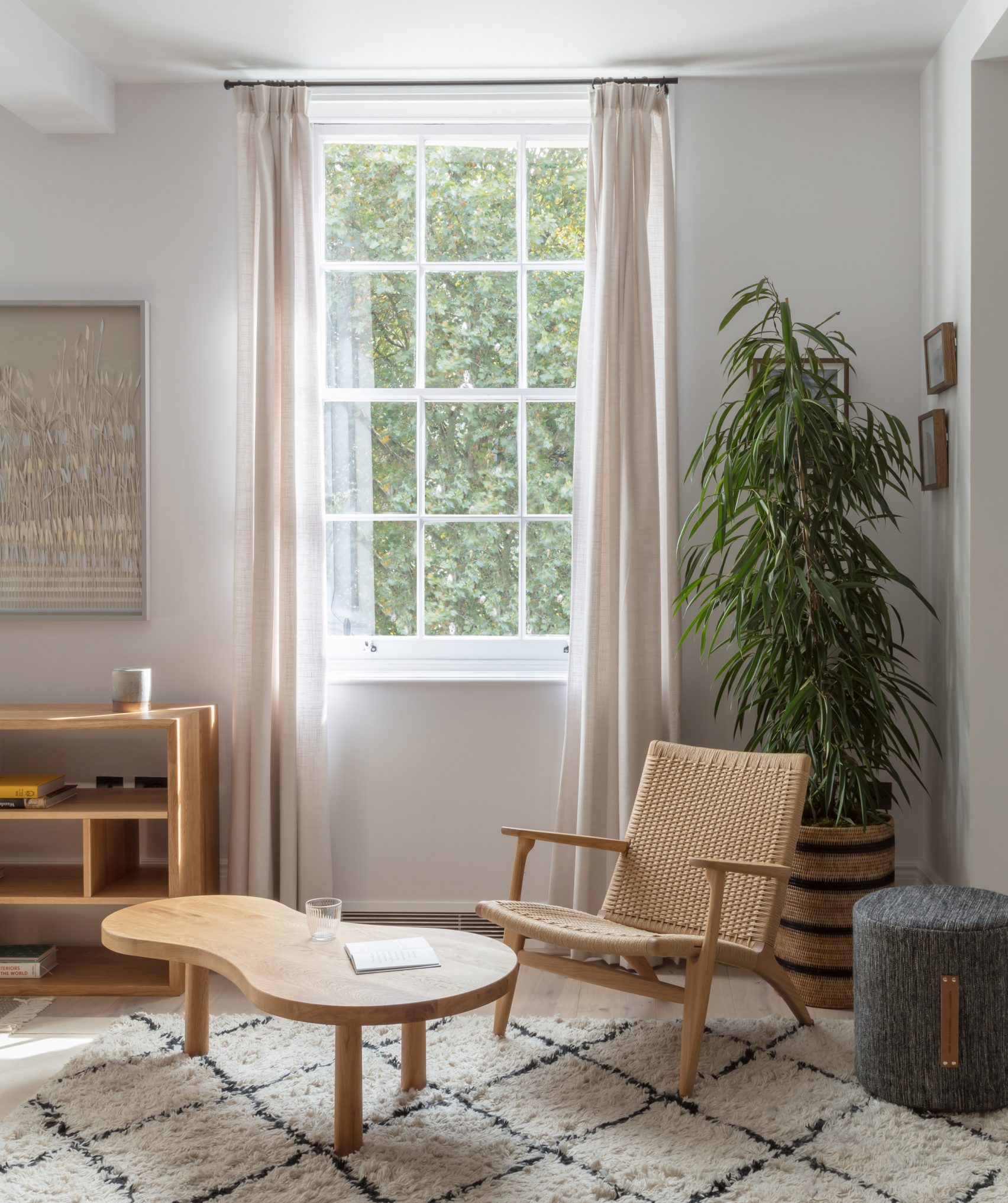 This CH25 Lounge Chair and curved table against the window is the perfect scene for a rainy day. 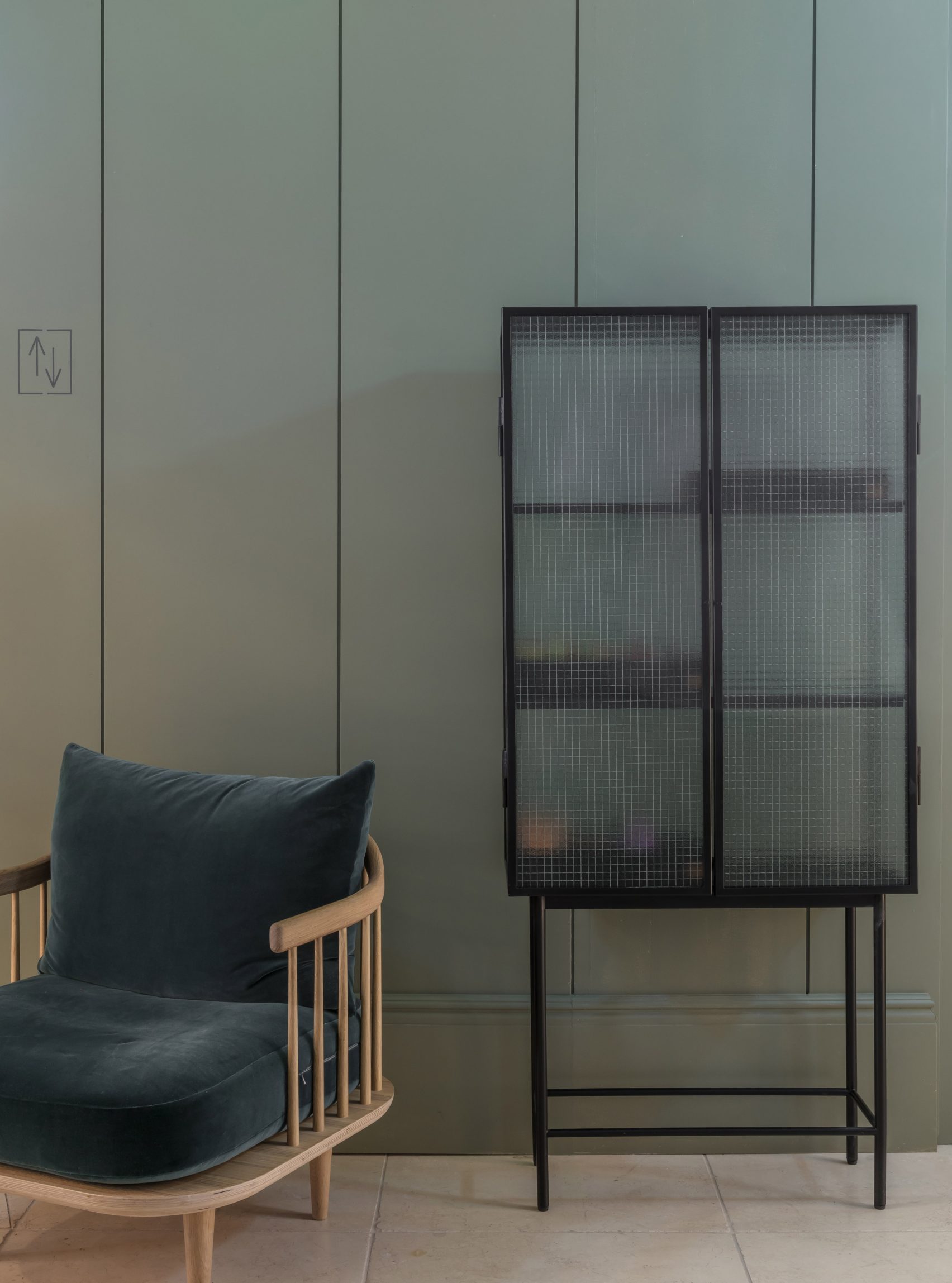 A Fly Chair and a Haze Vitrine? Our dreams have come true!

During the renovation around 270 items (weighing 3 tons) were saved from landfills to be utilized in the buildout process.

We love the Fly Sofa's built-in side table so much.

And another CH25 Lounge Chair!

Although the labyrinth of the space's previous layout was no longer, they made sure to include some private spaces like a hidden + deep-colored library with floor to ceiling bookcases.