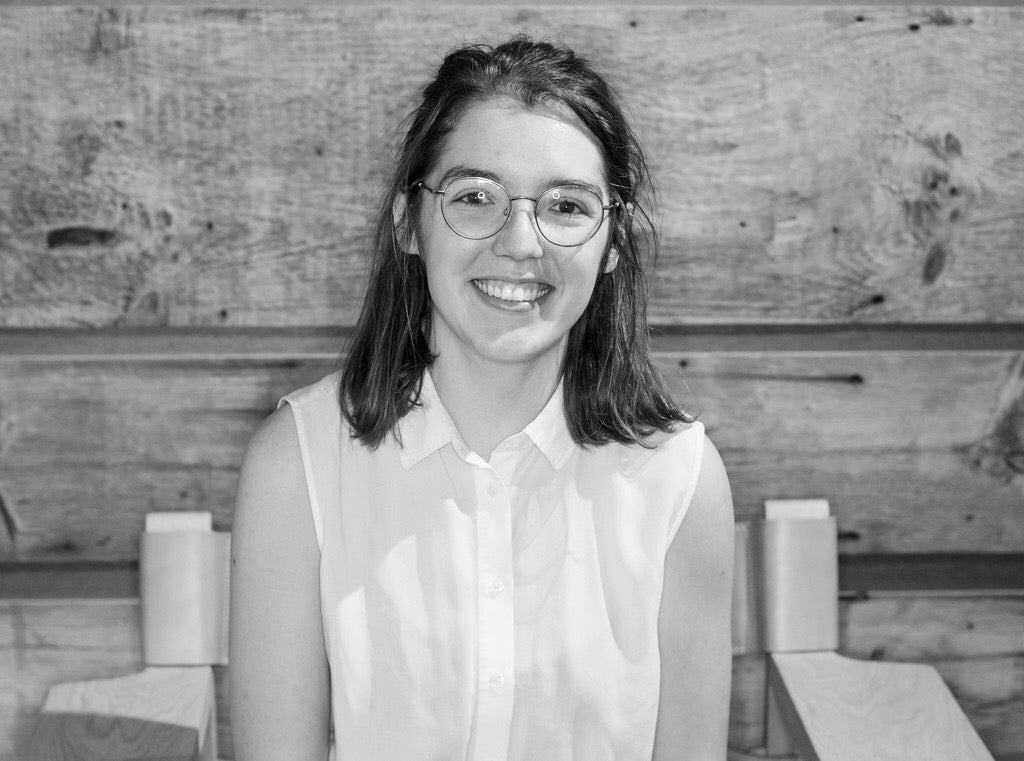 This is a continuation of the Lekker Profile Series where we're getting personal with each member of the team. We hope you enjoy getting to know us.

Empathy and understanding are buzz words everyone is constantly trying to find "more" of - peeling them away from the egos of themselves and others. Though these things can always be bettered or challenged, there is something special about those who could have taught a masterclass since birth. And it's no secret that around here, peak thoughtfulness is defined by Lauren. From understanding the intricacies of fast-fashion to lead times to Korean horror – the woman of many talents who runs our website is good at everything she does because she is a natural observer. Lauren was nine when she asked her mom for Christmas if they could each pick a research topic to give a presentation about – her genuine interest in being critical and her ever-present desire for knowledge has almost been omnipresent.

For most of her precocious childhood years, she really wanted to be an astronaut.

When most people say they want to be an astronaut, it's a passing comment they make after seeing 2001: A Space Odyssey, but for Lauren, it was real. At least astrophysics came to be. She dove head first into STEM and let all those celestial bodies create her path for a while.

Years later when she found herself in college, she maintained her intellectual confidence, exploring academics in a way that was purely satisfying and not forcing herself onto a rigid, predestined track. For her, this meant starting with what she knew – calculus and physics. And what she didn't know yet – film. Studying film became a democratic haven where she learned that her voice, along with everyone else's, mattered.

Whenever a film discussion arises you'll most likely hear her say, “the reason why I like movies is because everyone watches them”. Both socially and independently, she connected with aspects of media she never thought to before. Her alma mater Clark was amorphous – but she mostly concentrated on film theory and the history of American media. She added to the puzzle by living in a lot of different places growing up: San Francisco, Norwood, London, Boston, Italy, Worcester.

They all lent a hand in shaping her into someone with a great sense of the world.

Her sense of understanding is in some respects systematic, but not in a terse way, her kindness is simply worldly. It doesn't wait for people who practice altruism with one foot in one foot out. She's all in. Lauren's grab bag of talents prepared her for Lekker, and for life, more than a penultimate decision to concentrate on one subject in one place ever could.

A lot of her early design sensibility was functional, knowing exactly how she wanted to layout her room. “I didn't care what bedding or blankets I had but I cared where my bed was positioned in the room – and that only grew more with design,” she says.

London helped teach her what she didn't like: apathetic, cold spaces. And her mom taught her what details were important to her: humorous art, color, and a sense of whimsy in design. Like a lot of us at Lekker, Lauren started as a salesperson, stumbling into Lekker to help her stepmom pick out a new sofa and walking out with a job (yes, that really happened). She went from a part-time sales associate to helping out in the web office, quickly onboarded to take over most of the technical aspects of the website.

"Lekker is a perfect storm for me - it's my responsibility to balance all the creative and analytical aspects of a website and run my own world."

And what a world she runs – it takes a special kind of person to create a site that people see and automatically assume we're a much larger company than we are. On the daily? Find her doing everything from designing mockups, updating pricing, writing site copy, overseeing press (which she used to do for the Superbowl every year and we don't let her forget), or curating every product or page you could possibly click on.

Her general philosophy when it comes to curation and decision-making all boils down to a "formula".

ut more so following the loose idea that everything has one specific formula that can be followed and streamlined. But it's up to her to figure it out, telling herself, "there is a formula here, there is a correct way to do this."

It's romantic as much as it's clinical – understanding that she must simplify and anything around her can be simplified to something digestible, joyous even. And if there was a formula for joy, she'd be it – her optimism is effervescent and leads her all her work towards what is truly good, helping Lekker maintain authenticity every day, even down to the details of a footer.